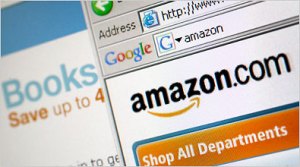 Equating Amazon.com with innovation is a no-brainer.  The company has become the proverbial 800-pound gorilla of on-line retailing with nobody else even coming close. Amazon has built it business on books but over time it expanded into most other categories and it continues to dominate most of them.  Just like all other renaissance innovators, Amazon did not excel through creating new products (it sells what other do) or through new technologies (although Amazon leverages technology heavily, it is hard to argue that it invented Internet retailing). Rather, Amazon innovated the business model of selling goods through the Internet. Unlike what some believe, Amazon was not even the first company to sell books on the Internet but it was the one that figured out how to do it better by managing risks.

As I detailed in a recent case about Amazon.com, some of its biggest innovations are around delivering goods to people, i.e., supply chain management.  The

original business plan of Amazon hinged on its ability to finance its operations using money from suppliers.  How can one do this? In short, if you can collect money from customers before you have to pay suppliers, you can use this advantageous cash conversion cycle to finance your operations.  The problem with traditional book sellers is that the book seats on the shelf for an average of 6 months before being sold and it is hard to find a supplier who would agree to be paid only 6 months later.  Financing all this inventory on the shelf is not cheap.  But Amazon manages to turn over inventory many times faster through clever approaches to fulfillment.  First, inventory is centralized in a few (originally one) warehouses which reduces the risk of getting the forecast of demand wrong – surely, forecasting demand in 10 warehouses is easier than doing the same in 1000 stores! Second, only a small fraction of products listed on Amazon’s web site are carried in stock: most of them are “procured-to-order” from suppliers after the customer orders them, similar to how Dell builds computers only after the order has been received. Moreover, some of the products are “drop-shipped“, i.e., shipped directly to customers by, say, publishers, but with Amazon’s label on the box. By combining these multiple procurement modes, the company minimizes its risk exposure to inventory. Of course, there is a price to pay: fewer warehouses means higher transportation costs, and procurement-to-order means the supply chain must be fast and responsive. Not surprisingly, Amazon looses close to $1B on shipping charges per year and it continues to spend about 10% of its revenues on order fulfillment.

I could go on and on about various other innovations that Amazon has made but I will leave it for the next post.  To me, the clever procurement strategy is what carried the company through the early years.  If this strategy sounds simple, it is not: many famous dot-com startups got it wrong and went bankrupt.  It suffices to mention WebVan, the company that was brought down by huge supply chain expenditures due to attempt to stock inventory of every thinkable grocery product, and Value America, which, on the opposite, attempted to drop-ship everything while stocking nothing and also went bankrupt.  In an article a few years back we had written about pros and cons of various order fulfillment strategies on the Internet and in an academic paper we linked these choices to bankruptcy of on-line retailers.  As usual, at the core of these tradeoffs lies the ability of the company to manage risk to innovate the fulfillment process, and companies such as Amazon.com and Diapers.com have done exactly that.

Categories: Examples
No comments yet…