What Tim Cook is doing better than Steve Jobs

We now have a date: September 9, the day that iPhone6 is expected to be launched. While there is a still a month to go , the iPhone launch circus and its usual cast of characters are all already in town. The tech media is leaping on every bit of information that can be inferred from the Apple supply chain about the potential specs of the phone (for the record we are expecting Apple to introduce a big screen brother to the current phone and produce it in record numbers).

But the business press is decidedly less excited: a bigger iPhone is hardly the category busting game changer they have been calling for. Some have even gone as far as speculating that Apple under Tim Cook has lost its creative mojo.

Is Tim Cook’s Apple really that different from Steve Job’s? A careful analysis of the facts suggests not: 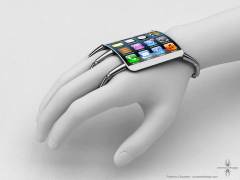 While in these two ways Apple under Tim Cook is no different than Apple under Steve Jobs, there is one aspect in which Tim Cook has differentiated himself: he has laid out the groundwork for creating multiple options for categories to disrupt.

Behind the fanfare, Apple has positioned itself very well for entering many new categories. TheiHealth platform in iOS8 will give it a lot of user insight before any smart-watch is launched. Its new content distribution network sets Apple for delivering superior connected TV experiences, for cloud storage, etc. The iBeacon technology sets them for some big stuff in revolutionizing the retail experience (as does the hiring of Musa Tariq from Burberry). And finally,Touch ID has set them up for online payments.

While no one knows the intended purpose of all these foundational initiatives, each of them provides Apple options, options to watch what happens, pick the most promising opportunities, and create category-busting products. Likely, Apple won’t enter all of the markets mentioned above, but it will perhaps wait to see which of these opportunities develops best in terms of Apple’s ability to offer a disruptively superior experience to the status quo.

In this, we see a new approach to innovation at Apple, a risk driven approach where Apple sows many seeds, hedges its bets and will reap the most promising opportunity. This is decidedly different and likely superior to Apple’s know-it-all approach under Steve Jobs.

Categories: Examples, Others
No comments yet…